Sometime early in 2016 I set off to the United Kingdom with two other colleagues for a work trip. For some reason there was an issue with our booking and I was the only colleague travelling alone – talk about a baptism of fire for a newbie solo traveler and someone who had last been on a flight many years before that. Certainly no expert traveler. I was feeling a little anxious about having to call my own cab when I got there, figure out how to handle the foreign currency situation, pray about no delays or missing flights, etc. But truth be told, beneath it all, there was excitement about doing this alone. Until the luggage drama. 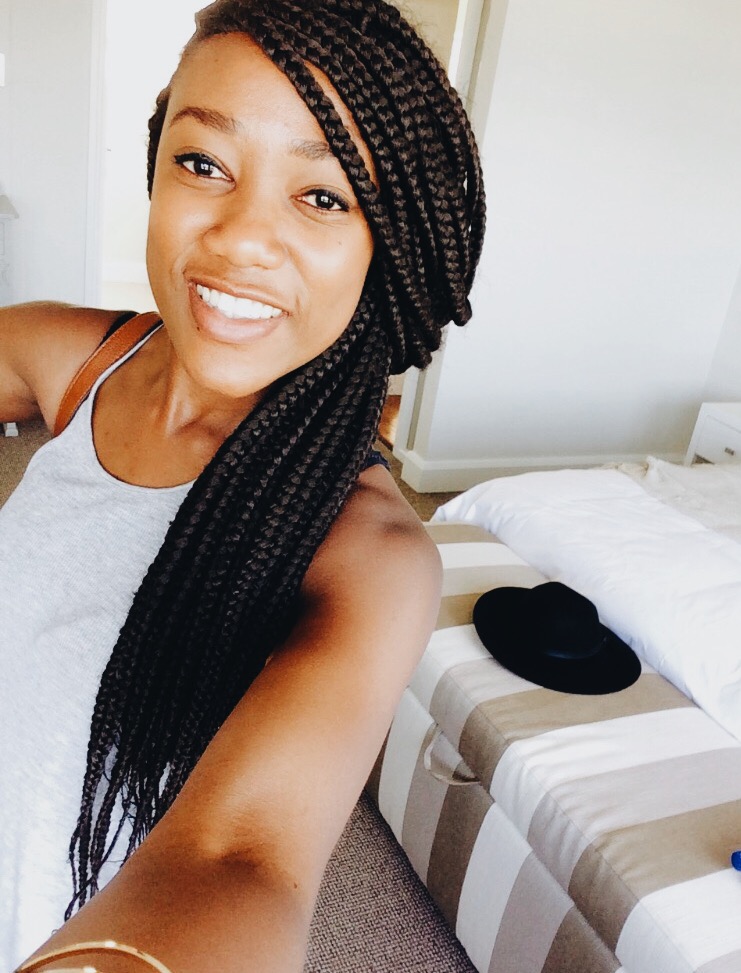 My onboard luggage was way too big, I was technically already on “the other side” of the boarding gate and I couldn’t turn back. I was trying to act cool but I was panicked! All I wanted to do was run back and ask my parents for help. So much for the thrill of solo travel. I had no choice but to put my big-girl panties on and get myself a Cellini bag with my OWN money that I had not budgeted for and repack right there and then in the airport. Thankfully one of the security guards offered to call my dad to take some of the luggage I had to leave behind.

TIP #1: Check luggage dimensions and free baggage policies for the airline or be prepared to pay extra, risk missing your flight or be forced to leave things behind! Making sure you do this will save you the unnecessary stress. But also be prepared for such incidents and stay calm. A solution usually arrives.

When you’re a cheap skate like me you sometimes have to make uncomfortable sacrifices, like choosing the cheapest flight and taking longer to reach your destination. I did this for my solo trip to Portugal last year around April. I decided not to get a transit visa for my long layover in Luanda, Angola (which would have cost about R2700 plus another R1000 for a night’s accommodation at a decent hotel plus a taxi to get be back to the airport). It didn’t sound like a good deal to me so I mentally prepared myself to sleep on a bench at the airport. Turns out I was not the only South African who was doing this and that put me at ease. My layover was about 11hrs. And that airport is not in the best condition. I saw a few cockroaches, there was no air-conditioning and it was hot in there guys! To make matters worse there were no ATM’s and I only had euros on me so I couldn’t even buy water.

Thankfully, I was saved by a kind somebody who saw me struggling to get myself a drink. He was a Namibian guy going to Cuba and invited me to hang out in the much more comfortable Diner’s Club slow lounge – the perks of being female maybe? Or maybe just the universe reminding me that kind and generous people exist. I was hesitant at first (putting on a brave face) but realized later that he was just being kind. What did it matter? The staff in the slow lounge were so friendly. I was served a beer and sandwich and the waitor made sure I was comfortable and offered to wake me up when it was time to board. Some things just work out in the end.

TIP #2: Use your judgement and intuition when deciding on whether or not to accept help. Don’t always try to be hard ass. It could make a very unpleasant situation more bearable. But also, prepare for those long layovers by having a pillow, blanket, WATER (I cannot stress this one enough) and snacks from the plane.

TIP #3: Be careful not to be too friendly with strange men at airports – as if it isn’t obvious enough!

I am just a friendly person [more so when I travel] and I’m generally always up for a chat with anyone really. In this instance that was a mistake! But talking to strangers is not always a bad idea as you’ll see in my next story (Keep reading…)! It started with me asking a stranger to take a photo of me with my phone at the DBX Airport while waiting for a connecting flight. Little did I know I had just opened the flood gates for this man. Initially it was cool and this man was telling me which country he was from and where he was off to. GREAT! But after that he kept insisting that we should be friends and that we should exchange numbers. And it got worse! He started showing me pictures of other black “lady friends” he had made on his travels. Things became a little creepy to say the least. From then on I was so put off I had to move away and sit somewhere else. My take away from this: I decided to leave when the conversation became uncomfortable and was aware of my boundaries.

This is somewhat of a good story but the aftermath was terrible! It was on a flight from London back home to South Africa. I was seated next to a very friendly man. It was one of those overnight flights – I remember because at some point the window shutters were pulled down, lights were dim and people were fast asleep. The two of us on the other hand spoke throughout that flight! I kid you not, for about 7 hours we spoke and ate, drank, laughed, spoke some more. At the end of our chat we knew everything there was to know about one another’s love lives but we were exhausted! I remember feeling like my eyes had sand in them and thinking to myself, “Well that was a crazy experience!” We have since kept in contact and months later he would ask me whether I have found the right guy yet. My point here is life’s too short not to have conversations with strangers. Something good may come of them and lifelong friendships or contacts could come out of them. Use your judgement and live in the moment a little! 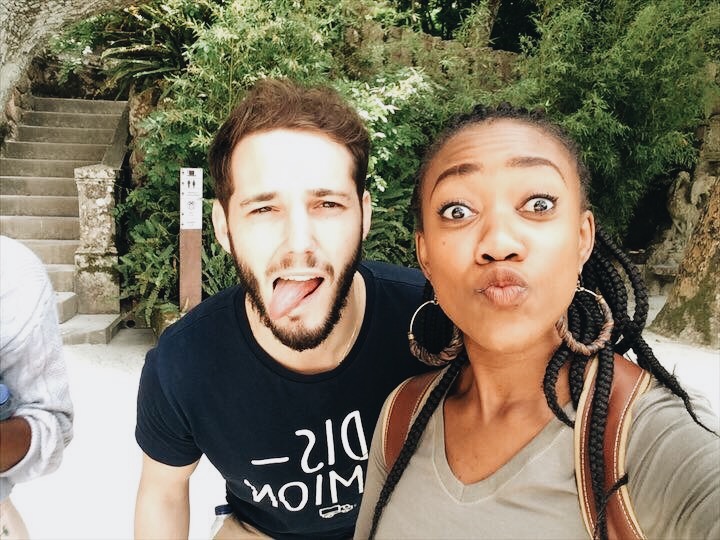 TIP #4: Live a little! Have that never-ending conversation with a stranger, laugh and then cry the next day when you are exhausted, dance until they close all the bars, wear no shorts with your bikini, eat your heart out, eat gelato three times in a day & take part in group trips. It’s your travels and time you won’t get back (there’s still a tiny voice inside me saying “Do all this responsibly!)

This one tops my list of horror stories! I have never felt more stranded in my entire life. Thinking about it brings back all these terrible memories of not being in control, of being careless and irresponsible, of solo travel defeat. These days it feels like our phones contain our whole lives. I know they don’t but it certainly feels that way when you’re in a foreign country where English isn’t widely spoken and all your boarding pass information, address for your AirBnB and important contact details are there and you are about to miss a flight. So much was going through my mind but mainly this: Do I miss the flight and search for a phone I left on public transport? Where would I even begin? I would have to buy another train ticket and try to get back into that same carriage. I asked security and police, was directed to lost and found, was sent from this person to the next – all the while carrying heavy luggage by myself. Eventually a call was made and the phone was recovered and handed in by a passenger three stops before the airport. I bought another ticket, went back to that stop to collect my phone. I got back just when the airline was closing gates and pleaded with them to let me in. They weren’t sympathetic at all (budget airlines for you!). I managed to purchase a long distance train ticket that would get me to my next destination – Porto, Portugal. When you travel solo you have to have your back, be your own eyes and ears and be mindful. It’s easy to become flustered and make such mistakes that can really throw you off. Thankfully, I can say I handled that.

TIP #5: Carry a fanny-pack for valuables – so much easier to remember your stuff when it’s right on your hip. Remember to put anything you take out back in there after use. Breathe. Write out important contact details and info in multiple places and have extra copies of documentation in another location! 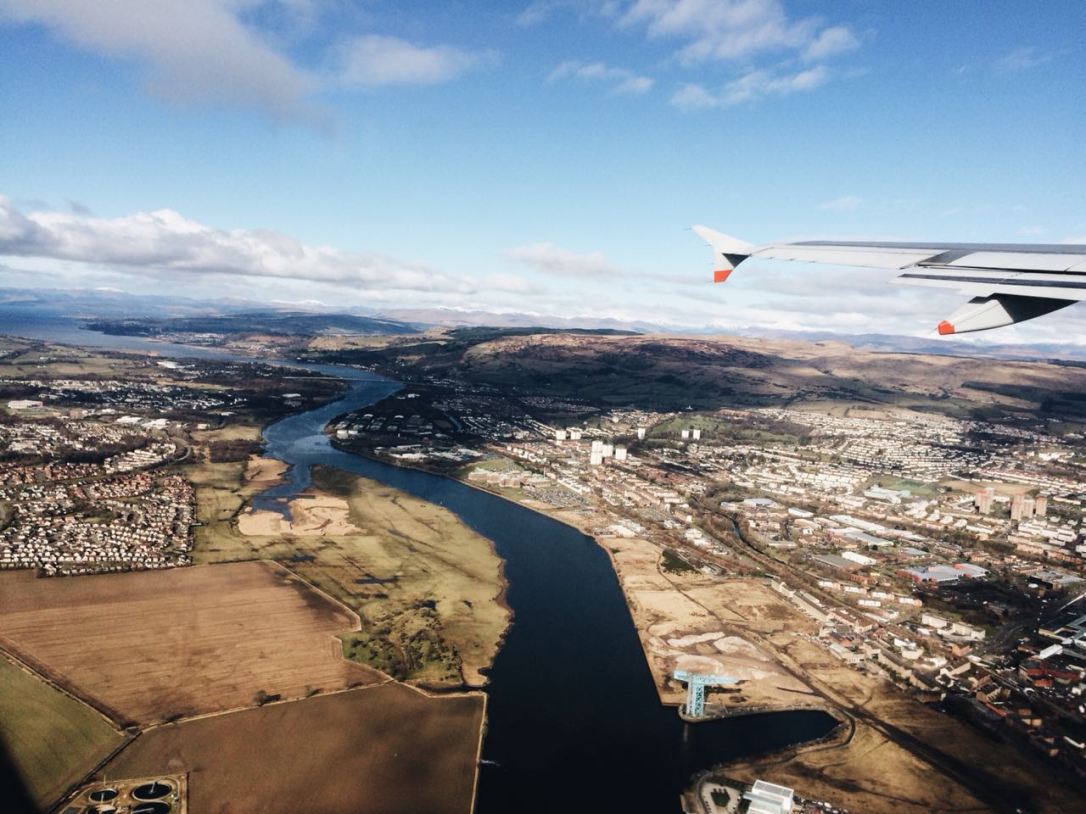 Hopefully when you come across hurdles like these in your travels you’ll be able to see them as an opportunity to learn something about yourself and about others. It’s not always smooth sailing and glamour. Solo travel sometimes breaks you down and then builds you up into a stronger version of yourself. It’s a beautiful experience. Comment with your travel nightmares! I would love to hear them.

The Lived Experience is a newly founded online platform on YouTube & Blog where we share our lived experience through Travel, Curated Experiences and Lifestyle. This includes travel vlogs, experiences curated by us while contributing to a positive narrative of how dynamic South Africa is and what our place is in the world. We also want to collectively create content that is relatable and authentic, from our skincare routines to picking the right clothes for trips and all things lifestyle. Join us as we share our Lived Experience View all posts by thelivedexperience1

11 thoughts on “MY SOLO-TRIP NIGHTMARES – AS TOLD BY AN AMATEUR SOLO-TRAVELER.”